January 2009 ushered in a new year following the collapse of global financial markets as a consequence of (essentially) greed masked as corporate strategy.  Without going into the specifics of the causes et al, what was clear was that the GFC created upheaval for Australian immigration resulting in lengthy processing delays, changes to processing behavior and other knee jerk reactions to appease the general population plunged into a state of fear as media scare mongering was rife (somewhat justified given the uncertainty).

Well, ten years on, we continue to operate in a state of flux where governments continue to create laws to divide public opinion and pursue policies based on (somewhat) nationalist (yet global) ideology.  That said, the current state of Australia’s immigration program seemingly presents a much clearer and straight forward pathway as many of the processing issues of last decade have been addressed such as the assessment of the training requirement for company sponsors, clarity around the skills required for occupations, cementing the English language requirement and so on. 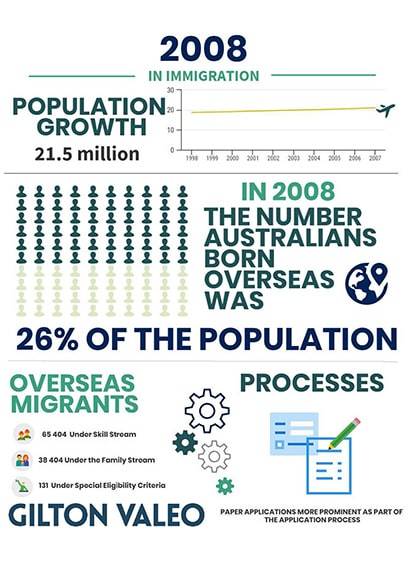 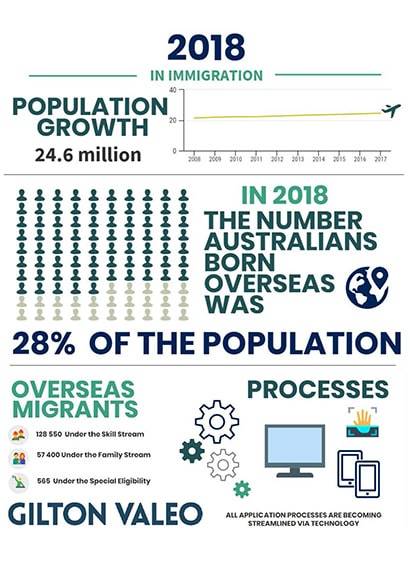 However, clearer and straightforward is debatable given the number of waivers that can apply through specific treaties that Australia is party, not to mention the signing of the TPP.  Australian immigration law continues to be a labyrinth.  There is no overhaul ahead as despite the abolishment of the subclass 457 visa, we basically have the same visa with some (long overdue) tightening of requirements.  The tightening of requirements however has some unintended consequences that we are slowly learning about and there is some confusion around the grandfathering provisions that are slowly popping up.  Fortunately, we have a legal system that enables review of primary decisions, which for many corporate visa practices, has now become part of the core service offerings.

In writing this, I am surprised at how quickly the last decade has flown.  From working at a Big 4 firm managing the inbound engagement for one of Australia’s largest mining companies, to establishing Gilton Valeo and now sitting here contemplating on the last decade and considering where the Australian immigration program is heading.

It has been an interesting decade and I am excited for the next ten years.